AHDA is currently working on a range of areas concerned with animal health and welfare in the UK including the following; 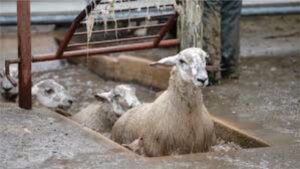 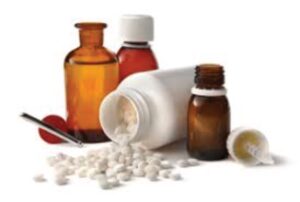 Corona Virus becomes a worldwide pandemic. In March the UK goes into lockdown and AHDA lobbies Government on the essential need for Countryside retailers to remain in a position of continuation of trade, even if they are closed to the public. In planning forwards AHDA member companies grew increasingly concerned if there was to be an announcement from Government about the emergency closure of all retail outlets, what impact that would have on the health and welfare of the UK livestock industry. It would also impact on the health and welfare of the equine and companion animal industries as well.

Ten days of intensive lobbying from AHDA Countryside retailers are added to the list of companies that are placed on the exempt from closure list.

In unprecedented times the VMD also announce that SQPs when needed can prescribe remotely. This is set for a limited time through the outbreak.

AHDA celebrates its 35th AGM together with the Annual Conference and Exhibition. Other important work continues around a prescribing protocol for SQPs, Registering and auditing professional mobile sheep dipping contractors and farm health plans.

AHDA also conducts its first ever strategic review on the future role and function of the Association, which proves to be very successful.

AHDA Claims Victory in Europe. It is with great pleasure that AHDA can report that the lengthy and costly fight in Europe to retain the right of the SQP to prescribe veterinary medicines is over. AHDA has led a 34 month long battle to secure this vital legally binding regulation that will remain compliant with both UK and EU law post Brexit.

AHDA employing Ian Scott as European consultant together with the professional services of the lobbying company Hume Brophy as the picture appears to be emerging that the new European Veterinary Medicine Regulations will state that all Veterinary Medicines will prescribed through the Vet channel only.

AHDA celebrates 30 years as an association and at its conference announces the launch of an awareness campaign for sheep farmers reinforcing the purpose of the prescribing protocols launched in 2014 – mainly, to help them use wormers effectively on farm.

European legislation on medicated feeds and overall veterinary medicines comes under attack from FVE (Federation of Veterinarians in Europe) attempting to remove the SQP distribution channel. AHDA engages heavily in Europe to prevent this from happening.

Following 2013’s online petition, VMD issues reminder to online retailers of NFA-VPS medicines of the legal obligations of an SQP, encouraging verbal contact where possible. Pressure increases on the VMD and manufacturers to head off increasing levels of triple resistance in sheep anthelmintics. AHDA gets involved with code of practice being developed for rodenticides and dietetics. AHDA contributes to the VMD-funded research into distribution routes of medicines. AHDA launches sheep anthelmintic resistance prescribing protocols for SQPs with AMTRA, SCOPS and BVA. AHDA assesses the long-awaited EU proposals for new veterinary medicines legislation and reports no discernible threat to the POM-VPS or AVM-GSL distribution channels.

AHDA sees first SQP seat on the VPC created, allowing an SQP’s voice to actively advise on classifications, advice and use of products. The place goes to R-SQP Sally Harmer. AHDA, with XL Vets, creates online petition calling for verbal intervention when prescribing all VPS medicines. AHDA successfully lobbies VMD to not increase premises inspection fees that could potentially cost the industry £70,000. AHDA visits the EU Commission as well as MEPs, the NFU and the International Federation of Animal Health Europe to raise awareness of the UK’s distribution system ahead of the expected EU directive review and new draft legislation on animal medicines. AHDA emphatically rejects a British Veterinary Association (BVA) call to the VMD for a reclassification of all anthelmintics to POM-V. AHDA gathers industry support for the POM-V/POM-VPS distribution system, and VMD turns down the BVA’s request.

AHDA presents at both the Sheep Veterinary Society conference and British Cattle Veterinary Association congress in an attempt to improve vet/SQP relationships. AHDA negotiates block membership of Moredun Institute for all member SQPs. A decision by the VMD to refuse reclassification of new sheep anthelmintics (including Zolvix) leaves AHDA shocked. AHDA continues to fight this decision. AHDA invests in independent survey on the value of the VPS industry to rural economy. Landmark membership of the association is achieved, representing 90 per cent of the value of the POM-VPS industry. This is an increase from less than 50 per cent in 2007. AHDA initiates the founding of COWS (Control of Worms Sustainably, now known as Control of Parasites in Cattle). AHDA provides start-up funding, and with the support of levy board Eblex, a consortium of stakeholders is developed, with representation from across the UK. This has developed into a full revision of the advice manual, leading to clear, relevant and up-to-date advice on cattle parasite control for SQPs and vets.

AHDA assists SCOPS in a survey of SQPs on barriers preventing uptake of its principles. AHDA participates in a debate at the House of Lords on: “Are SQPs better placed than vets to sell and provide information on POM-VPS products?” VMD releases a list of medicines it would support for reclassification. This list, says AHDA, follows seven years of work including analysis of both the Marsh report and Competition Commission evidence. Some manufacturers make changes, but many do not, something that is “still an issue today”, says AHDA. Products such as Rotavec Corona, Leptavoid H, Lactovac, Spirovac and Advantage come on to the shelf. Following the launch of POM-V sheep wormer Zolvix by Novartis containing a new active ingredient, AHDA helps train 90 per cent of R-SQPs within three months following VMD assurance reclassification of the product to POM-VPS isn’t “too far away”. AHDA organises a stakeholder meeting on the EU ban on imports of US and Canadian colostrums, lobbying to enable reinstatement.

Following Defra withdrawal of funding for SCOPS, AHDA works with a funding consortium to enable it to run. AHDA remains an annual contributor to the initiative. AHDA and AMTRA commission first of an annual series of regional CPD training events.

AHDA is one of the organisations to work with the VMD on a template of the future Accredited Internet Retailer Scheme. The association tries to work with Novartis to reclassify selenium injection Deposel to POM-VPS. However, the product is later withdrawn. During a Veterinary Products Committee (VPC) review of classifications, lobbying takes place by AHDA to get enzootic and orf vaccines to return to POM-VPS, having originally been PML. Evidence is presented, but rejected. AHDA produces a revised edition of an animal medicines record book as a useful add-on sale for POM-VPS prescribers. Following high-level talks, AHDA and RPSGB (now the Royal Pharmaceutical Society) agree a membership package, with both organisations concurring to work on common cause as well as offering seats on respective councils.

AHDA supports reclassification of licensed copper products from AVM-GSL to POM-VPS. The Environment Agency moves to withdraw cypermethrin sheep dips due to environmental pollution concerns. AHDA supports this, and a new certificate of competence for OP dips is set up to maintain sheep dip as an option for treating scab. AHDA assists VMD with publicity to stop on-farm mixing of medicines. VMD withdraws planned label changes to permit mixing with non-licensed nutritional supplements.

As a result of the 2002 challenge, a number of medicines are reclassified, helping to secure the future viability of animal health distributors while offering animal owners greater choice, competition, availability and pricing.

Following both the Marsh report and Competition Commission evidence that some distribution categories for products had been set “too cautiously”, AHDA submits research and conclusions to VMD on reclassification of certain POM medicines.

A further EU directive comes, stating all member states must only sell medicines for food-producing animals with a veterinary prescription. With lobbying from AHDA, this is successfully challenged, and, instead, a new structure is agreed to elevate training requirements for all qualified staff to sell and prescribe PML animal medicines. The Marsh report – aka “An independent review of dispensing by veterinary surgeons of prescription-only medicines”, which recommends a wider availability of cheaper medicines to improve animal welfare – supports this.

From AHDA lobbying and support of the Kidd report (which set the framework for distribution of medicines across Europe), the 1990 amendment is altered, enabling PML sales to continue.

Roger Dawson becomes AHDA secretary general. 1990 A draft directive from the EU comes to convert many or most of Pharmacy Merchants List (PML) medicines (now POM-VPS and NFA-VPS) to prescription only.